from Recycled Humanity by Barackca 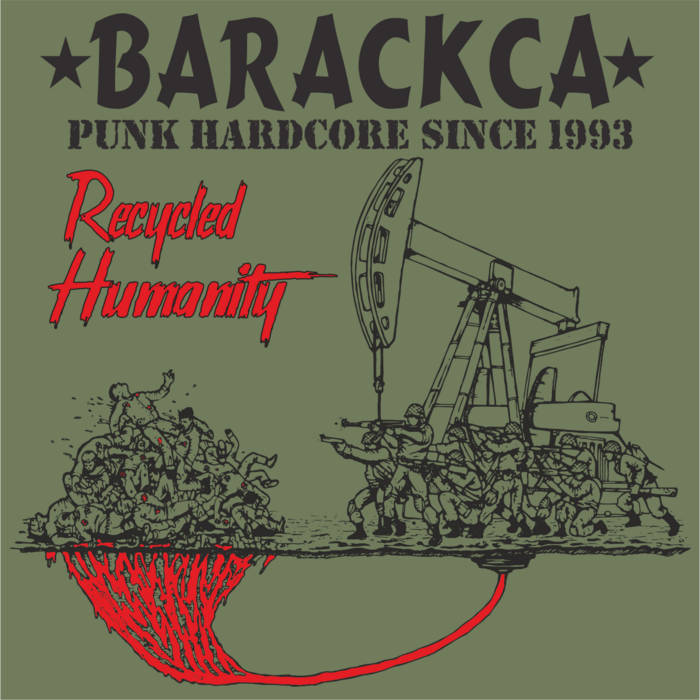 Don’t expect anything from the life until you live like a sheep.
Who is being driven to the slaughterhouse, but you still stand silently in line.
If it is enough for you to execute the commands of others,
then you look in vain praying to the blue sky.

You forget every trouble you have,
this is how every important thought dies.

Just go and live your life as they prescribed it for you,
stick to the rules and in the meanwhile scold the shitty government!
Just complete that what they expect from you,
now they even can scatter the soil on you.

You forget every trouble you have,
this is how every important thought dies.

The Barackca formed in 1993 in Budapest. Political songs already appeared in their early years alongside with the satirical ones. They self-published a total of 8 albums. They had over 700 concerts in 24 European and 4 Asian countries. In their songs they often criticize capitalism, point out social problems, and they hold racism, National Socialism and every repressive authority unacceptable. ... more

Bandcamp Daily  your guide to the world of Bandcamp